10 Cool ways to cool down during the wet season 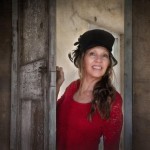 It’s no secret that it gets a little warm in Tropical North Queensland during Summer but with it comes the Wet Season. This is one of the best times to visit as the rainforest shakes the dust from its leaves and the rivers, creeks and waterfalls are at their best. Here are ten cool ways to cool off during Summer:

1. Get hot & then cool down at Behana Gorge

Despite the strenuous 45 min hike at the base of a mountain called the Pyramid (30 mins drive south of Cairns), Behana Gorge is worth the exertion. Lace up your walking shoes, pack a water bag, picnic lunch and your swimmers to cool off in one of the prettiest swimming holes in Tropical North Queensland. Did you know that the Barron River is over 165 km long? That’s equivalent to the distance between Mission Beach and Palm Cove. Much of the catchment is included in the mountainous Wet Tropics World Heritage Area, west of Cairns.

The Barron Falls tumble dramatically down a near-vertical rock face in the Barron Gorge. View the falls from the Din Din Barron Falls Lookout near Kuranda. The Kuranda Scenic Railway stops at the Lookout as part of its historic journey so why not make a day out of it. The best aerial view has to be on board Skyrail Rainforest Cableway, with opportunities to jump off and enjoy uninterrupted views of the overflowing falls at the Barron Falls Platform. They’re particularly spectacular after big rains. Keep an eye out for Lumholtz Tree Kangaroo & the Northern Bettong.

3. Be welcomed into the rainforest at Mossman Gorge Mossman Gorge is a part of the oldest continuously surviving rainforest in the world (estimated at 135 million years, give or take a year). By that yardstick the Kuku Yalanji people who have inhabited the forest for 50,000 odd years are relative newcomers. Check out the fabulous Mossman Gorge Centre before taking the electric shuttle bus to the heart of the rainforest and the gorge itself.

4. Slide down a natural waterfall at Josephine Falls Fed from the summit of Mt Bartle Frere, 7.5km away, Josephine Creek starts life as a gentle trickle. By the time it enters Russell River as a substantial creek, it’s tumbled down boulders creating three pools along the way that make up Josephine Falls. Most famous for its natural, rock waterslide, Josephine Falls is hours of fun in the rainforest. A firm favourite thanks to its close proximity to Cairns, Crystal Cascades has large pools suitable for swimming, which are fed by a number of gentle (or not so gentle depending on recent rain!) waterfalls. Downstream from Lake Morris (the main water supply for Cairns), there’s walking trails and shady picnic areas with gas-fired BBQ’s. Hot tip: To the left of the car park, you’ll find a pathway into the bush which leads you to the magical Fairy Falls.

6. Kayak down the Babinda River Sitting in the picturesque shadow of Queensland’s highest two mountains, Mt Bartle Frere and Mt Bellenden Kerr, is the small town of Babinda (laying claim to having the highest rainfall in Australia). Babinda Creek winds through the heart of sugarcane country, where you can drift gently downstream, beneath overhanging rainforest on a kayak. Catch up with friends downstream a few hours later and enjoy this chilled out adventure!

7. Chase three waterfalls at once on the Waterfall Circuit What’s better than one waterfall? How about six of them! If you can’t get your waterfall fix on the Millaa Millaa Waterfall Circuit, well then you’re really not trying! Milla Milla, Zillie and Elinjaa falls are on a circuitous route while Mungalli, Pepina and Souita Falls are a little further afield from the Tablelands town of Millaa Millaa

8. Picnic by a volcano at the Crater Lakes On the Atherton Tablelands, twin volcanic crater lakes of Lake Eacham and Lake Barrine are tranquil water holes fringed by dense rainforest. At Lake Barrine enjoy lunch in the charismatic tea house on the lake edge or fire up the BBQ’s at Lake Eacham. Take an inflatable sun-lounge and laze away the days on water that is cool, clear and inviting!

9. Get up to speed on your watersports at Lake Tinaroo Launch a kayak, jetski or small boat at Tinaburra on the shores of Lake Tinaroo (which was formed by damming the Barron River). Kayakers head into shallow reaches and tributaries and lakes while power boaters tow wave riders, tubes and wake skiers behind in the deeper sections.

While drifting silently by kayak, keep an eye out for bashful turtles and platypus popping their snouts above the surface. Ducks, geese and pelicans sun themselves on sandy banks and islets while birds of prey soar overhead.

10. Cool off in the city at the Cairns Esplanade Lagoon Conveniently located on the foreshore in downtown Cairns, the Esplanade Lagoon is a vast saltwater, lagoon pool surrounded by landscaped gardens. Patrolled daily by Lifeguards, it’s open (and free!) every day from 6am to 9pm (except Wed mornings when it’s closed for maintenance).